Speaking to my brother Andrew one day, I learned that when we were young I apparently made him a toy gun with removable parts and a box to carry it around in. I have no recollection whatsoever of this. Andrew said it was near and dear to him and that he used to carry it around pretending he was Carlos the Jackal. Then he surprised me by asking if I would make something similar for his son Atticus, age 5. This was this past summer, but in September I started in on the project. I went overboard. 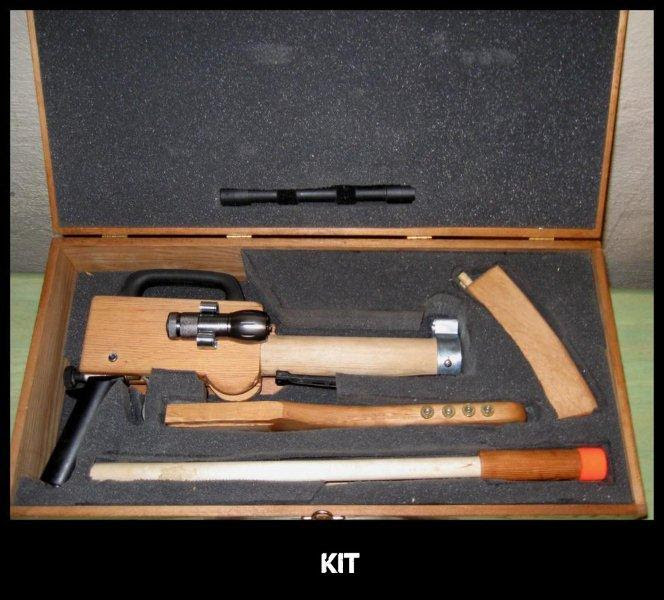 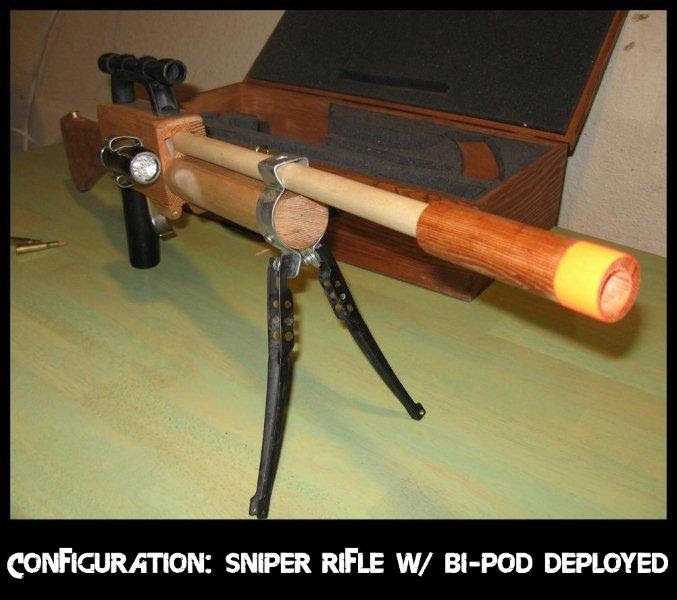 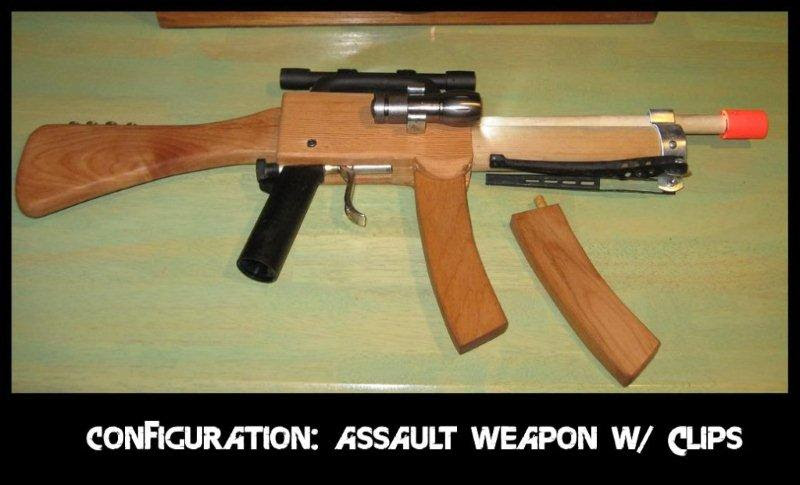 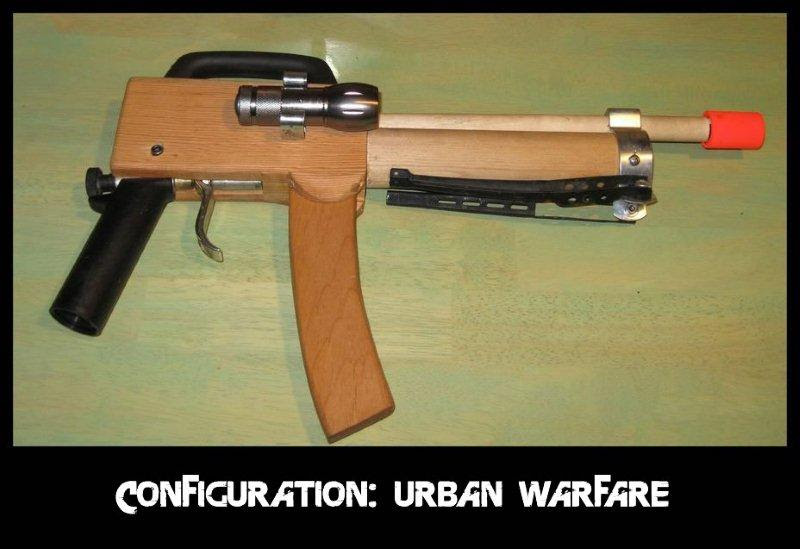 The scope, made of some scrap PVC, does not “work” per se, but it does have cross hairs. The handle and trigger from a seized up foam gun. The carrying handle from parts I kept from a bygone Shop-Vac. The cartridges in the handle are real, but filled with wooden “bullets.” The bipod, my most inspired element, is a pair of repurposed windshield wiper blades. The fitting that holds the barrel on is a standard “as is”, unmodified electrical conduit fitting. The clips are held in with rare earth magnets that also produce a satisfying “click” when engaged. The two halves of the body are reinforced with a ¼” – 4” long, stainless steel rod. The whole design was done on the fly without any drawings. All this bits I had just laying about in the shop. Even the case, made of plywood, but stained, was given to me by Pat or Roxy. The only items purchased were the foam and flashlight. I wanted to include a laser, but there is no such thing as an eye-safe laser. After building it, it was obvious that this was nothing to give a 5-year old who might point it out a Paris window. I’m giving it to Andrew; letting him decide what to do with it.

Marc
Email ThisBlogThis!Share to TwitterShare to FacebookShare to Pinterest