Alice had been looking for a particular piece of furniture for office. Ideally it had to be: 1 foot tall, to clear the glass partition to her neighbors cube; 3 feet wide, to span the opening; and 9" deep to accommodate plants. She had seen a couple of Asian designs that she liked, but they either weren't quite right or expensive and mostly both. We liked the design of this little stool, but it was obviously not wide enough.  I had Alice snap this picture and committed to building one based on its characteristics.. 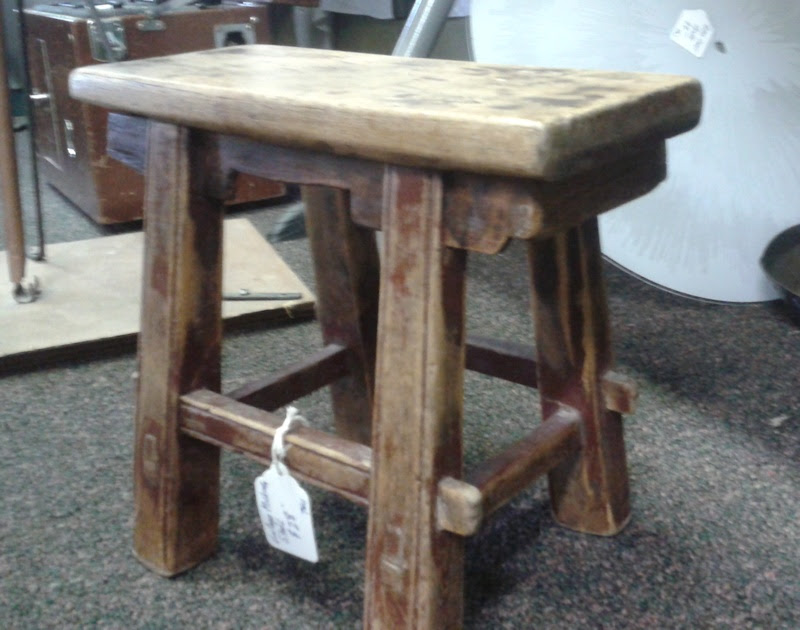 Accused of having a tendency to repair things too well (i.e. taking the quirkiness and "character" out of them  in the process of making them function better), I thought this might be a chance to prove I was capable of building something without sanding the history out of it.

I have had a bread board, which I believe I purchased between plays while antiquing with my mother at Niagra-on-the-Lake decades ago.   It measured a bit less than the requisite 3 feet, but the main surface was cracked in the middle and at 75 or more years oldit had plenty of character.

So here it is.  It used up almost all the wood and the only other material was for the drawer. 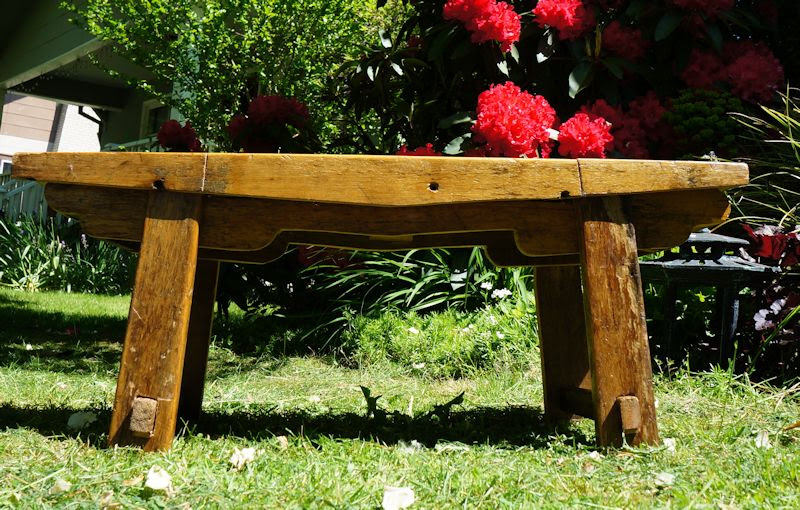 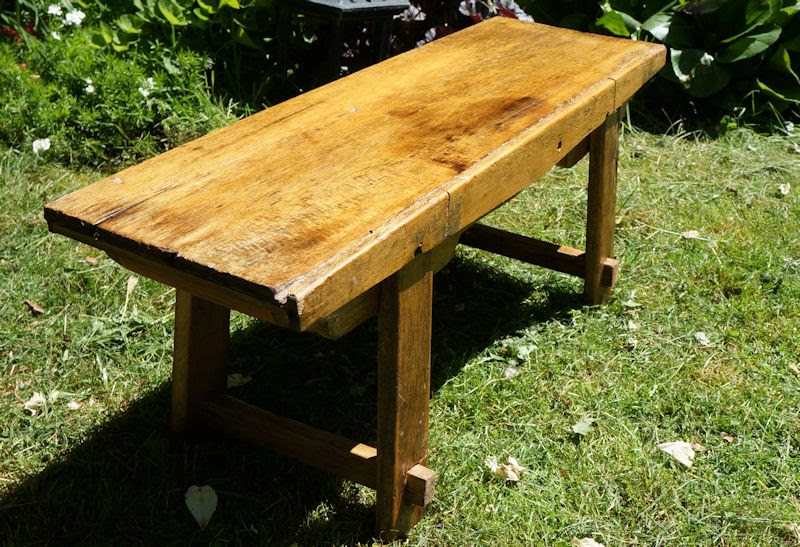 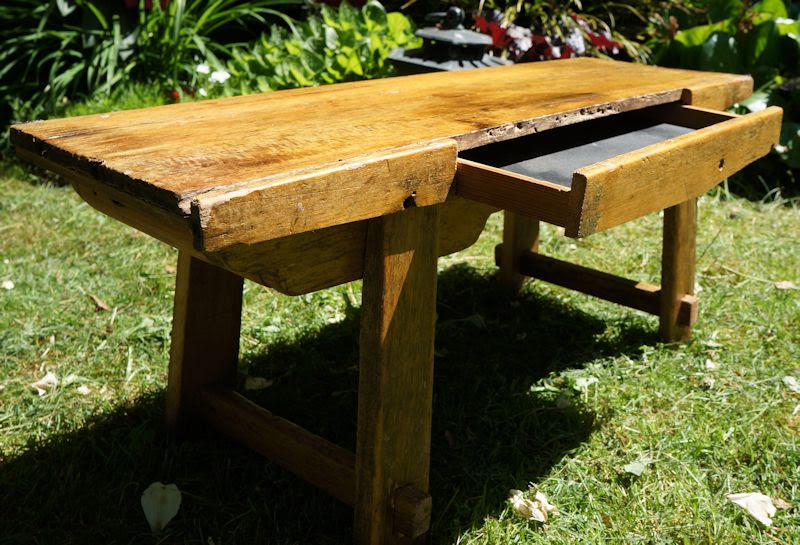 And here it is in Alice's office. 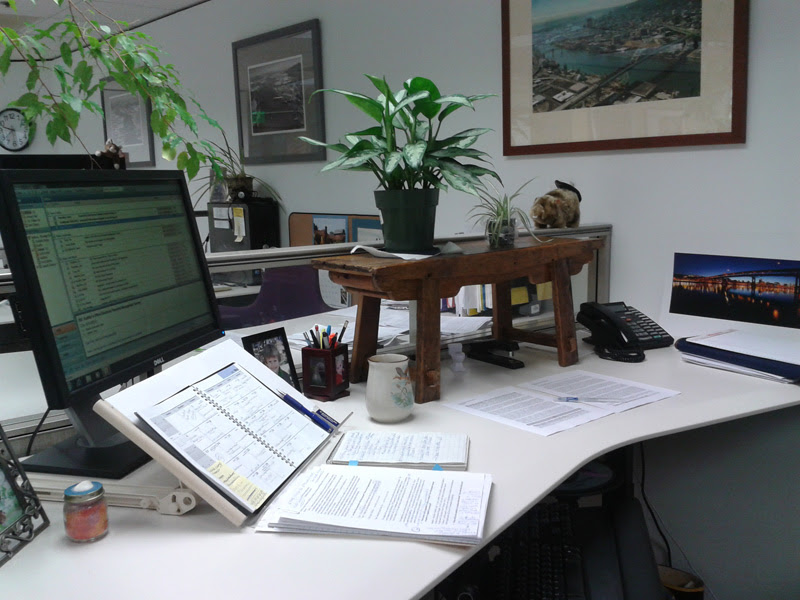