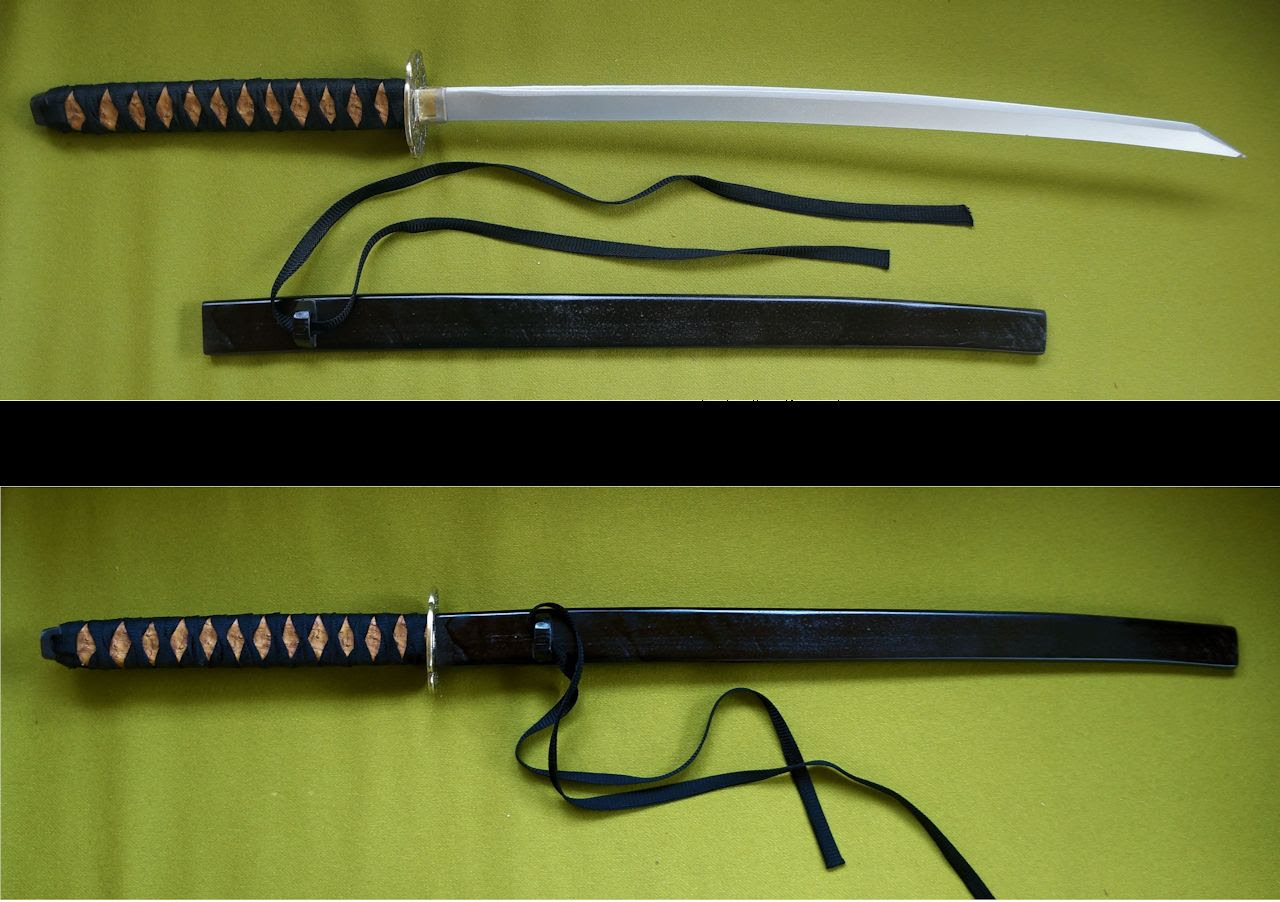 For anyone attempting to do this I am eternally indebted and can't recommend highly enough the video series from DAPiratecaptain, Wooden Katana Tutorial. I unfortunately didn't have the time to make all the various components of the sword the way he demonstrates,  And while it was my first attempt and many mistakes were made, I nonetheless have four alternative methods to DA's that I would like to share

For the Katana I wanted to mimic the folded steel with the wooden analog, lam ination.  I also wanted the blade to be stong but light. .  I chose to make it out of  two thin pieces of maple bonded to a walnut core.


I then ran the whole thing through a planer, walnut edge up, to take it down to its final dimension.  I was aiming for 1/16th, but it might be a hair less.  I then glued the reserved piece of maple to the walnut (reversing the maple so that the warping forces would be counteracted).

This produced a light, stiff, tough blade that was not initially as straight as I'd expected, but after much sanding the blade seems to be stabilizing.

The compound blade can withstand a lot of torque.  To get the edge I placed or clamped a full sheet of sandpaper to the bench, placed my left hand on the blade applying force as if I were trying to keep the blade parallel to the paper.  In the photo my right hand is twisting the blade counter-clockwise toward the sandpaper creating a very low angle and hopefully a uniform edge. 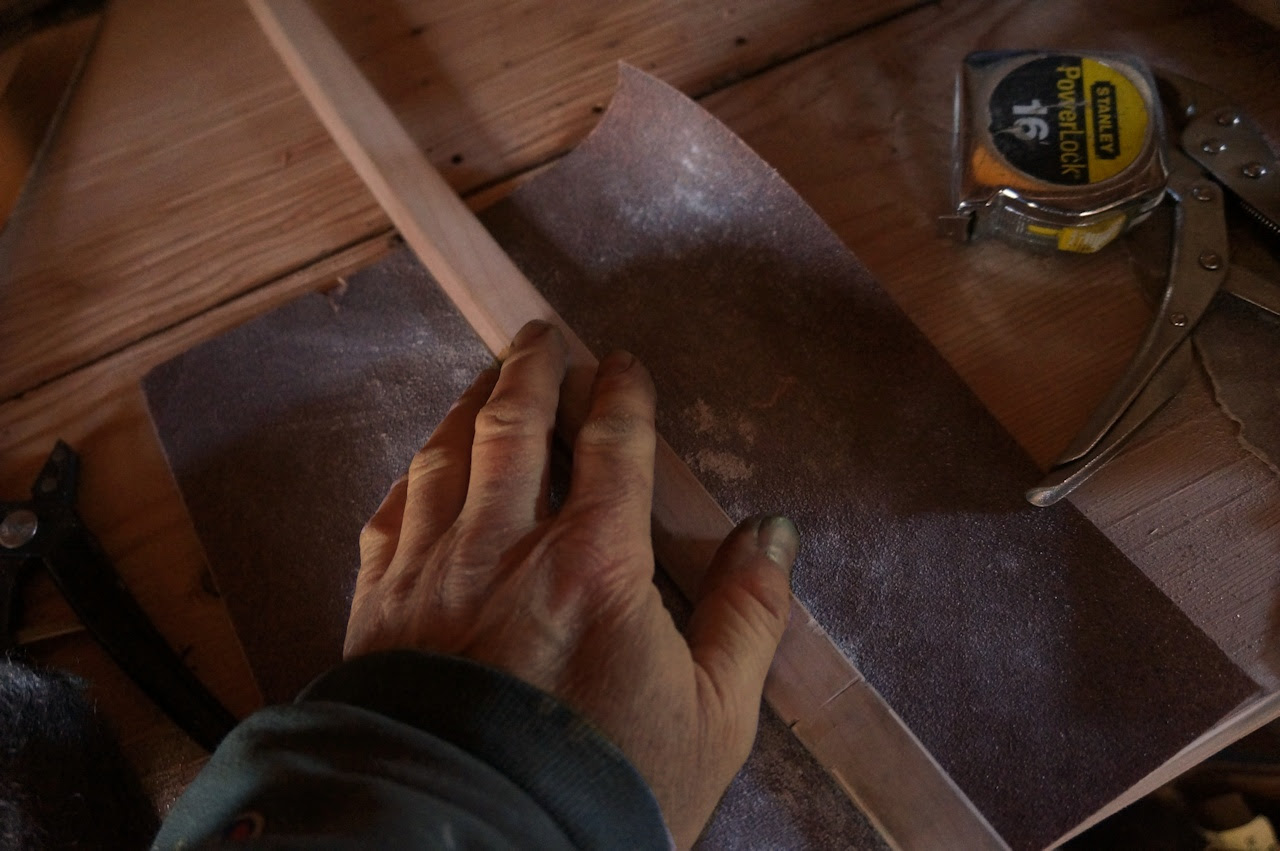 
HABAKI
For the habaki, I used a scrap bit of 1-1/4" plumbing pipe.  It's chrome, but that comes off to reveal the brass and is easily polished.   I simply squeezed it in a vice till it formed an oval of roughly the right dimension.  Then I cut off the excess from one end and squeezed it into place. 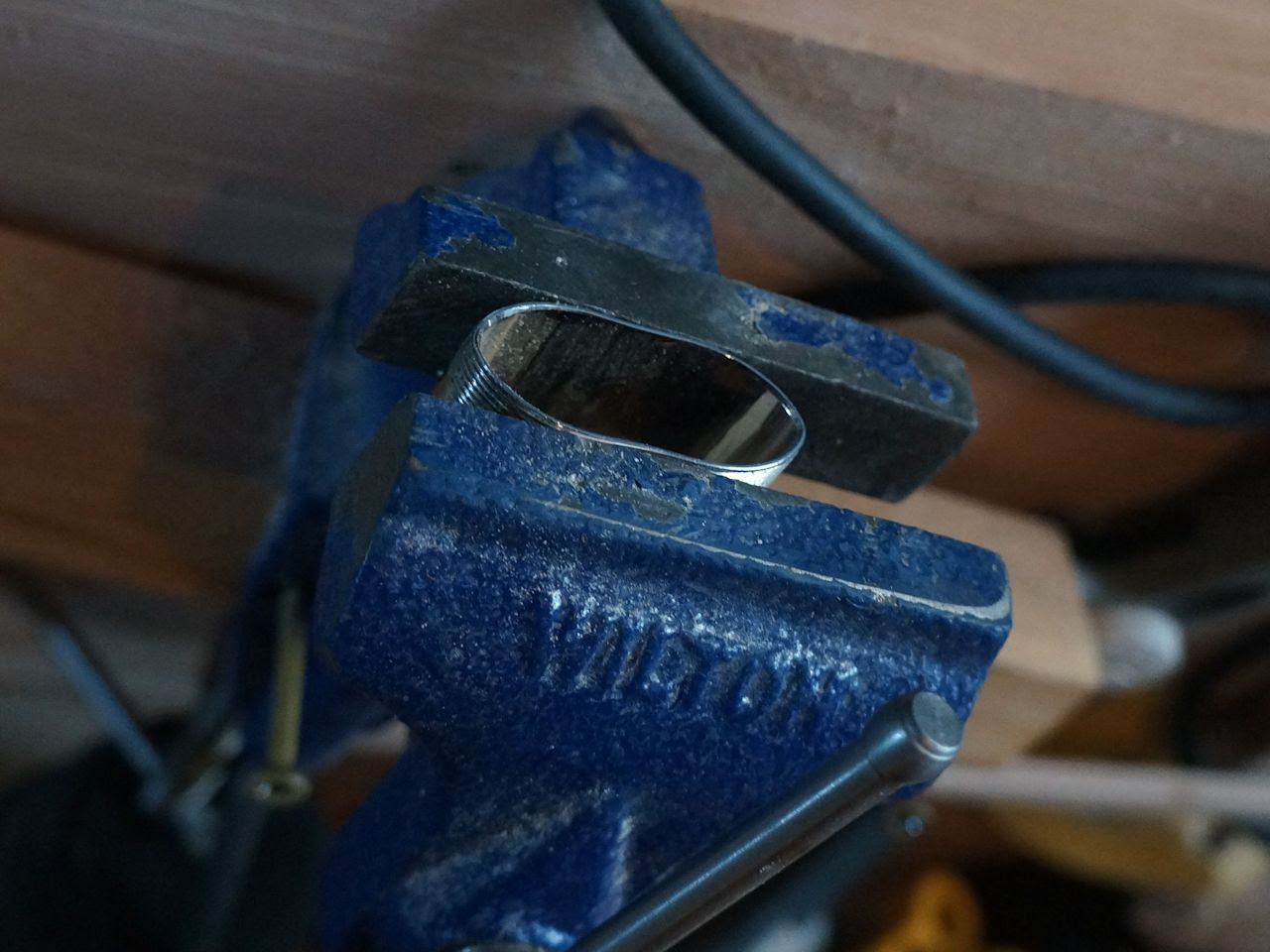 The saya is made in the 3-part method with a top, a bottom with the middle being a cutout using the  blade as a pattern.  However,  I prefer to glue the middle to one side, shape it and then cover it up instead of gluing all three pieces at once..  This has several advantages: 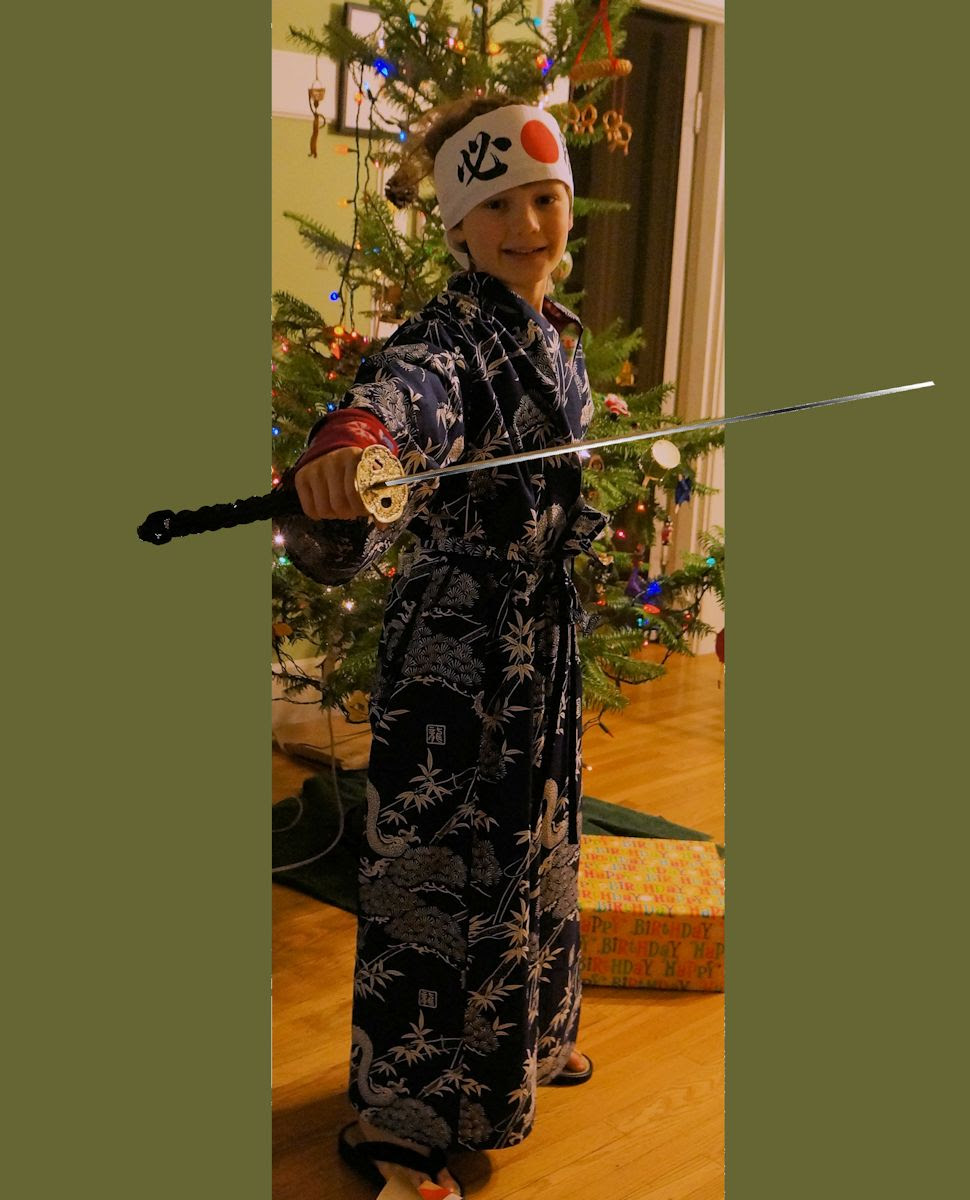